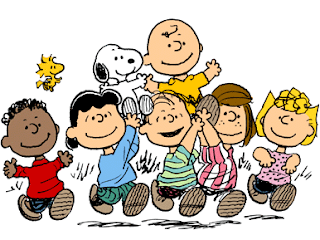 Schulz, Charles M. (Charles Monroe Schulz), 1922–2000, American cartoonist, b. Minneapolis, Minn. Creator of the extremely popular syndicated comic strip Peanuts (1950–2000). Among its principal characters are Charlie Brown, a gentle, puzzled boy, usually failing, yet always persevering; Lucy, his bossy, know-it-all friend; Linus, a philosophical tyke with a security blanket; and Snoopy, a romantic, self-deluded beagle. One of the many collections of Peanuts comic strips published in book form is Peanuts Classics (1970) and a new release this year *2010). A number of cartoon television specials based on the strip have been made.